CAB was established by Union of Science and Technology Associations of Da Nang city with Decision No. 273/QD-LHH dated 17/10/2017 and license issued by Science and Technology Department of Da Nang city.  CAB helps vulnerable groups to include into every aspect of social life by empowering them based on available resources through consulting and implementing sustainable development projects. The poor people with disabilities and ethnic minorities, especially women and children and community organizations are beneficiaries of CAB.

CAB was established based on extensive experience from Malteser International

CAB started operating in January 2019 after MI officially closed its project office  and handed over all of the materials and achievements to CAB at the end of December 2018.

CAB office based in Da Nang city has firmly connected with the partners in various project areas and the NGOs, networking groups which MI used to work with before.

After the end of the war, Malteser Hilfsdient has came back to Vietnam with many projects in 1989: 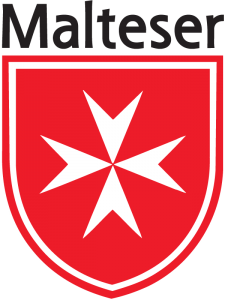 Malteser Hilfsdienst helped civilians during the war in Vietnam

Malteser Hilfsdienst started in Vietnam in 1966. It had 303 Malteser doctors, nurses, medical staff, trainers, and administrators to help civilians between September 1966 and March 1975 during the war in Vietnam.

During the nine years of the Malteser deployment to Vietnam, they also established a variety of teaching workshops for metalworkers, carpenters, and car mechanics in the Province of Quang Nam. Allowing the Vietnamese themselves to take over the task of providing medical care in the long term was planned from the beginning on, and Malteser personnel were also responsible for training hospital staff. Over the years, the Maltesers responsibilities in Vietnam grew to include a school, a school for the blind, refugee camps, mobile ambulance stations, a leprosy clinic, an old people’s home, and an orphanage. In Da Nang city, C Hospital (German – Malteser Hilfsdienst Hospital before) has still kept some parts built by Malteser in 1968.

CAB towards building capacity for each every person to ensure economic self-reliance and sustainability.

We help the poor, people with disabilities and ethnic minorities, especially women and children in terms of social integration through Empowerment Programs, based on internal resources and community organizations.

Malteser: Malteser International, an INGO worked in the field of community-based disaster risk management since 2009 especially Disability inclusive community-based disaster risk management (DiCBDRM) from 2012 to 2018 in Da Nang, Quang Nam, Quang Ngai and Quang Tri. Furthermore, MI also worked in Policy Advocacy to help the people with disability to take the initiative in DiCBDRM participation in many provinces and cites in the country and in the international DiDRRN network. Over the last years, MI staff provided consultancy services on DiDRR/DiCBDRM and trainings in relation with development such as Fund raising program of NGOs (Germany RC, Australian RC, CMB, NDA, Caritas, Plan, DPOs ….)